Renowned throughout the ancient world as an outstanding star gazer, Ptolemy constructed an accurate geocentric model of the solar system. The Almagest, which is revered even today, used a series of deferents and epicycles to describe planetary motions, and it was the foundation of observational astronomy for 1,500 years, until the work of Copernicus superseded it as a working heliocentric model of the solar system.

Known as a brilliant mathematician, Brahe plotted the motions of the planets so accurately that his calculations formed the basis from which Johannes Kepler formulated his famous laws on planetary motion. While chronicling the supernova of 1572, Brahe also proved that since it showed no diurnal parallax, the supernova must therefore lay beyond the Moon. In addition to all this, Brahe also accurately plotted the orbit of the comet of 1577.

Although Galilei did not invent the telescope as is commonly believed, he was the first to actually resolve the Milky Way into individual stars. Galilei was also the first to observe, and make sketches of the phases of Venus, apart from discovering sunspots, and four moons of Jupiter, hence the term, “Galilean moons,” which are Io, Europa, Ganymede, and Calisto. Not quite done, Galilei also calculated the rate of the Sun’s rotation, made sketches of prominent features of the Moon, and measured lunar libration, or the amount of “wobble” the Moon displays in its rotation.

Although the reasoning behind Kepler’s Laws is for the most part no longer accepted as valid, his Laws are in themselves still as valid as when he formulated them. Below is a summary of his Laws that describe the elliptical motion of any planet, and any satellite, or moon.

In addition, Kepler also explained the formation of images when seen through very small apertures, such as pinholes, and supplied the first articulation of an inverse square law that relates to the intensity of the illumination of objects.

Apart from being known as an expert observer and a maker of excellent telescopes, the most important discovery made by Herschel was the existence of infrared radiation, through the use of a prism and three common mercury-filled thermometers. In addition, Herschel discovered the planet Uranus in 1781, but the name he proposed for his discovery Georgium Sidus, or George’s Star, after his patron, King George III, was rejected in favor of the name we know today. Not discouraged, Herschel went on to discover several satellites of both Saturn and Uranus, that some stars exist in binary systems, and made unsuccessful attempts to map the shape of the Milky Way Galaxy. Sir William Herschel is also remembered for the catalogues of stars he compiled such as The Catalogue of Nebulae and Clusters of Stars, which was published in 1786.

Apart from fixing the masses of Jupiter, Saturn, and Uranus, and publishing many differential equations that described planetary orbits and tides, Laplace was the first to postulate the theory that the solar system was formed from a large, flattened disc, which was only comparatively recently proven to be the case. Furthermore, Laplace successfully applied probability theory to errors in astronomical observations, and the French mathematician was also the first person to propose the idea of black holes.

Apart from carrying out the experiment that proved Einstein right with regard to the fact that extreme masses can, and in fact do bend light, Eddington also provided a description of the mechanism whereby massive stars pulsate- the well known Eddington Valve Mechanism. Moreover, Eddington showed that that there exists a close relationship between the mass of a star and its luminosity, and also formulated the Eddington Limit, which is complicated set of rules that directly relate a star’s maximum brightness to the effect of its own gravity on its temperature, and thus its luminosity.

Using several Cepheid variable stars, some in the Andromeda Galaxy (M31), and some in the Triangulum Galaxy (M33), Hubble was able to conclusively show that the Milky Way galaxy was only one of billions of other galaxies in the Universe, and not the only one, as was the popular belief at the time. More importantly though, Hubble showed that at cosmological scales all matter in the Universe is distributed evenly, and that there was a close relationship between the distance of an object from Earth, and the velocity at which the object is receding from us. This relationship, known as Hubble’s Law, shows that the further away an object is, the higher its recessional velocity, which fact provided a basis for the development of cosmology as a science.

Regarded as the first planetary scientist, Kuiper used the relatively new science of spectroscopy to identify CH4 (methane) on Saturn’s moon Titan, and CO2 (carbon dioxide) on Mars. In addition, Kuiper is credited with the postulation, and subsequent discovery of the Kuiper Belt, a belt of debris surrounding the solar system that is thought to be material that failed to coalesce into planets during the formation of the solar system.

Many people might remember Sagan as the co-author and narrator of the TV series Cosmos, but the truth is that he was much more than that, so much so that Isaac Asimov, who published several hundred books on science topics, once described Sagan as “…one of only two people he has ever met that has a higher IQ than himself.” Which is high praise indeed. Sagan was an astronomer, cosmologist, astrophysicist, and astro-biologist, Pulitzer Prize winning author, and a hugely successful populariser of science in general- apart from authoring and publishing more than 600 scientific research papers. Apart from designing and building mechanical devices such as tools for use in space flight, Sagan also predicted that Venus would be very hot, and that what was seen as patches of vegetation on Mars, was in fact gigantic dust storms; both theories was proven correct with subsequent space missions to Venus and Mars.

Sagan was also part of the development team of Voyager II, and the Pioneer II craft that made close approaches to Saturn and Jupiter, apart from making huge contributions to SETI, the Search for Extra-terrestrial Intelligence program. But Sagan is perhaps best remembered for his view of the human race and it’s place in the Universe, when he said that “The universe is not required to be in perfect harmony with human ambition.”

2 or 3 Eclipses each year 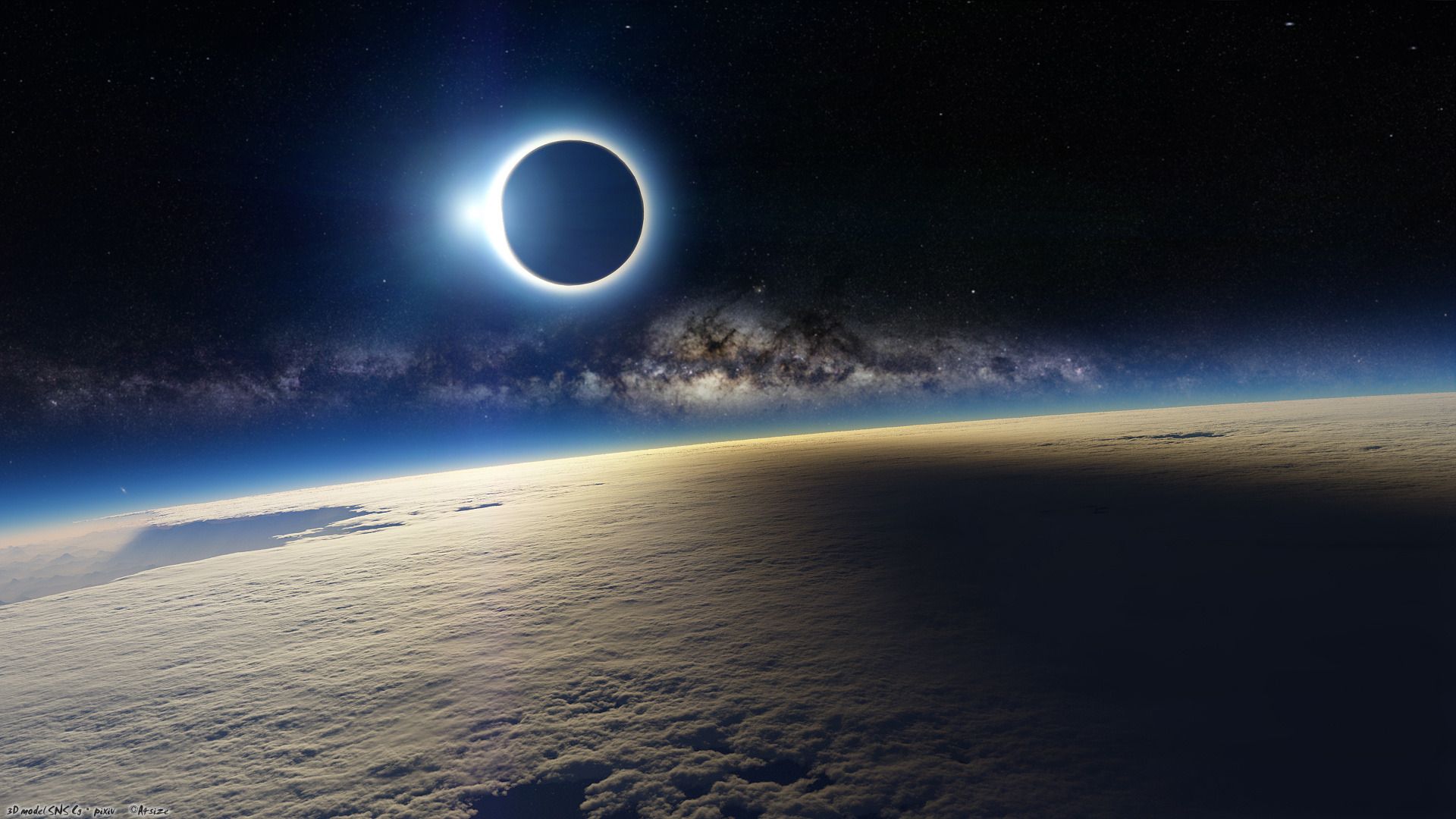